“Before I was free and free quarters, but now I’m four”

Avery loves announcing his age, and doing anything that ‘big boys’ do.  There is such a big difference between 3 and 4.  All of a sudden, he gets it.  All the things we’ve been working on, he can now do himself. 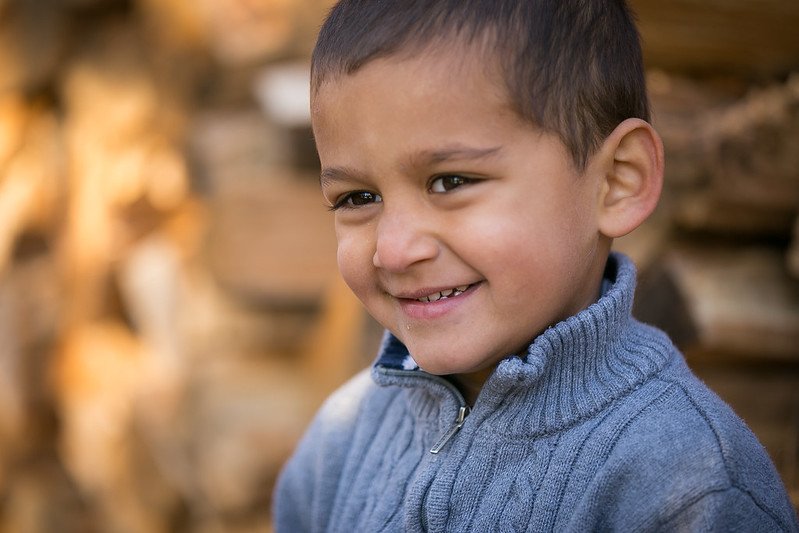 Avery can pick out his clothes, get undressed, and dressed – albeit, he does put shirts and pants on backwards quite often and I point it out to him and he says he doesn’t care and wants to wear them like that, so yep, I let him

(Sometimes I feel like Adam Sandler in Big Daddy, where he lets his son wear his underwear over his pants, hehe)  He brushes his teeth and takes a bath by himself, with supervision of coarse 😉  He can put his boot on and zip up his coat by himself.  Being a boy, he doesn’t care much about what clothes he wears except when it comes to a couple things – he LOVES wearing his rain boots.  He didn’t want to wear sneakers or even take them off at nap time at school – apparently, he was wearing them in his sleeping bag at nap time!  Since it’s November, I put the rain boots away and he’s now wearing his winter boots and has a pair of shoes at school for indoors.  He also loves wearing his minion hat that his Nana made him – he brought it to school and showed it off, causing a crowd around him because a minion hat is, like, super awesome, Mom. 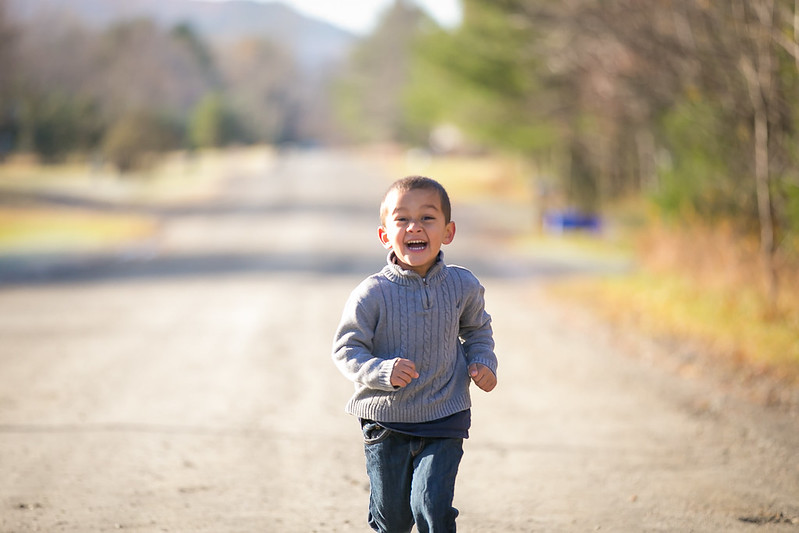 After moving into our new house, we incorporated a ‘responsibility chart’, which helps motivate Avery to help around the house and accomplish tasks by himself.  Some weeks the tasks are “Get Dressed” “Take a Bath” “Help with Laundry” “Make My Bed”, “Do Homework”, etc.  Avery picks a prize every week, and if he earns enough smiley faces, he gets his prize – which has lately been 4 quarters (“Because I’m four!”).  After Avery helps me with a task, he stops and says ‘Mommy, I get a smiley face for this!!!’ and runs into his room to add it.  He loves helping with Laundry – still.  When he was a baby, I carried him in the laundry basket (man, was he upset when he outgrew that!).  When we lived in the apartment in Boston, we would walk to the laundry building next door and spend hours playing between loads.  Now our laundry routine is Avery carrying his own laundry basket upstairs, and me carrying mine and Steves.  Avery helps me sort lights and darks, and then he stands at the washer while I throw each item of clothes to him.  It’s a fun game  that usually ends in lots of giggles! Some other things Avery loves helping with are taking dishes out of the dishwasher and putting them away – he’s a master at sorting the silverware!  He sets the table for dinner every night and loves picking everyone’s seat.  It’s getting cold outside, but outside he’s helped rake and take out/in the trash.  I love involving Avery in everyday ‘chores’ and making them fun for him and teaching him how rewarding it is… and how fun it can be when we do it together 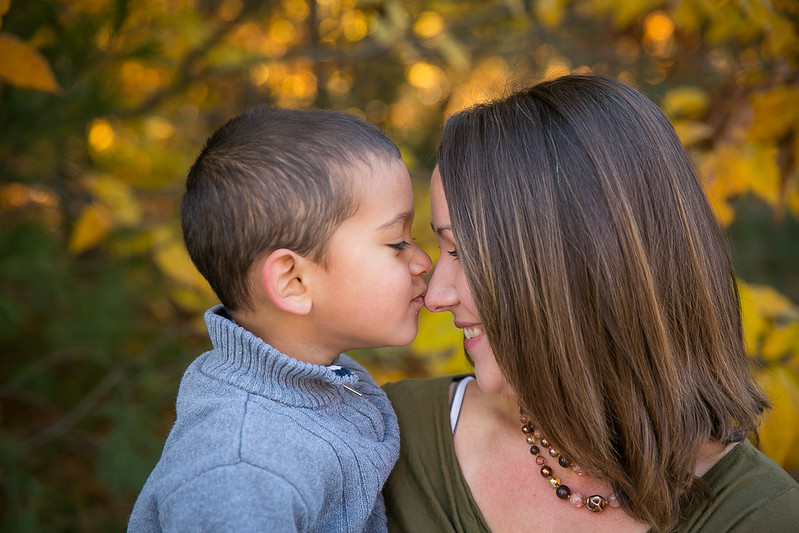 Avery’s loving school.  He’s in his second year of preschool.  He has a few favorite friends and loves taking home and showing off his art projects.  Thanks to school and home projects/activities, Avery can write his own name by himself, and Mom.  If you write something down for him, he can copy it.  On a normal day, Avery is full of energy and won’t stay still, but when he’s working on a project, he really focuses and tries his best.  His favorite part of art is cutting with his scissors. Hmmm… what else?  Avery can count up into his twenties.  He’s doing basic math and subtractions with low numbers, like 2+2.  His favorite color is still blue (hence the color of his room!), and he knows everyone elses favorite colors  – he made a drawing on pink paper and gave it to me when I picked him up from school, “Look Mommy, it’s your best color!” Since he was born, Avery’s been full of energy, and that still rings true.  Avery has more energy than he knows what to do with and with winter coming, it’s becoming more difficult to exert all that energy during the day.  Having Rosie at home has helped tho – we’ve taken her for walks down the road to my parents house, and Avery watches her or walks her outside in the yard.  Avery has an almost ‘little sibling’ attitude towards Rosie.  Sometimes Avery loves playing and petting her, but other times, Rosie is chasing or bugging him and he just wants her to go away – well, if she was trying to eat my underwear while I was putting it on, I would feel the same 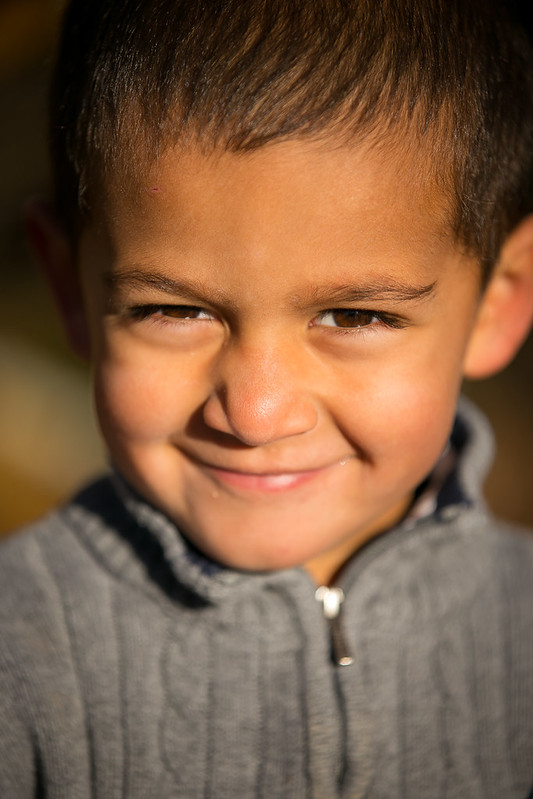 Avery did great moving into the new house.  We had talked about it for months, so when it finally happened, Avery was so excited.  He helped close up the door in his room, sand and paint the walls.  He loves working with Grampy on projects around the house – he helped knock down a wall with his hammer and his new sidekick is his ‘measuing tool’ he carries around with him everywhere. Avery’s slept really well in the new house too – he’s only woken up a couple times in the middle of the night since we moved in, but going to bed can be difficult still.  Since Avery is go, go, go, so when he finally settles down for bed, he will quickly fall asleep – but getting to that point can be hard some nights because he wants 1 more book, 1 more game, 1 more minute cuddling.  It’s miles away from what sleep was like for us in his first year, so no complaints here… especially since Rosie gets us up more times a night than Avery does 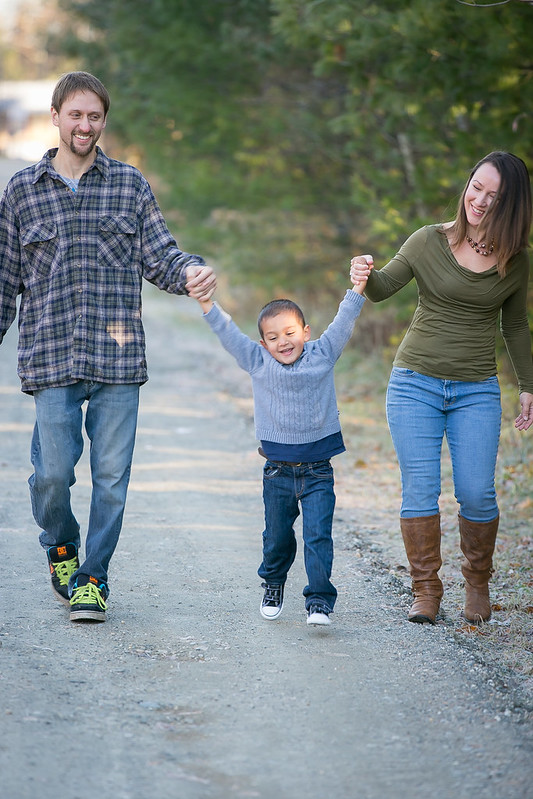 So, lately, Avery’s favorite things to do are playing games: Guess Who, Hiss, Thomas the Train Memory, and Sequence.  He loves puzzles and will do the same one over and over and OVER.  Avery got a new desk that we’re working on upgrading him too, so he can continue all his art projects at home.  He loves stickers and stamps.  Avery likes watching movies on the weekend – On Friday nights, he goes to Mimi and Grampys to continue our Friday night Pizza + Movie night.  We’ll pick a movie from the library and Avery and Grampy will watch it.  Saturday and Sunday mornings, he’ll watch a couple shows or movie – he loves ones with animals like Wild Kratts and Homeward Bound. 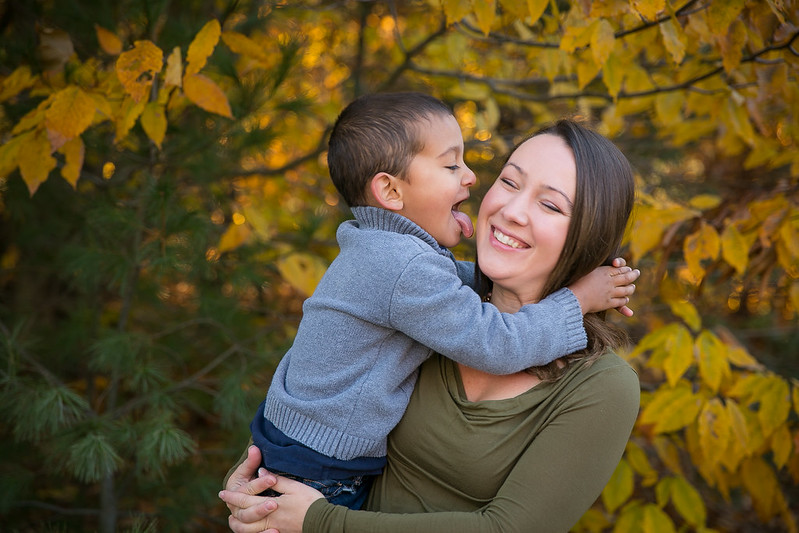 Avery’s latest electronic discovery has been Steve’s PlayStation.  Avery plays the ‘Fish Game’ which is a game where you are a small fish, trying to eat fish smaller than you and you grow if you eat enough, then you can eat bigger fish. He loves it.  He’ll play it a couple times a week and loves it more if I play with him because then he can be the yellow fish. 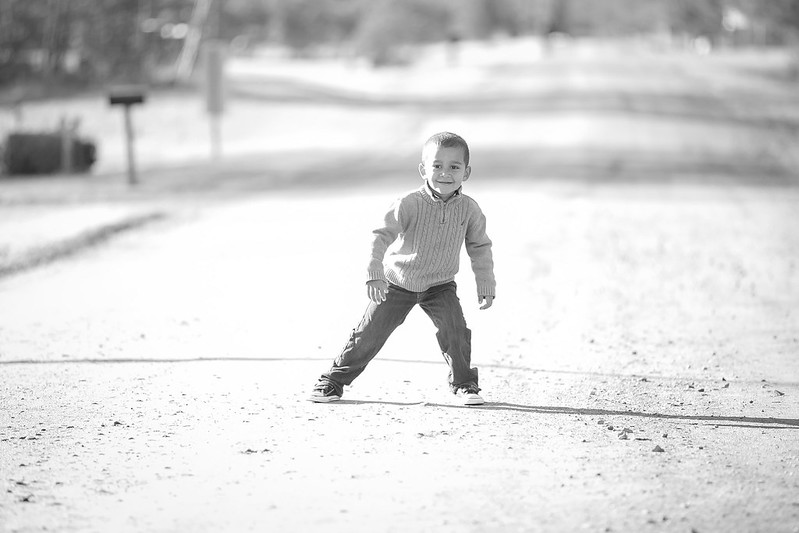 Avery’s always had a strong personality and it’s coming out more and more.  He’s a BOY, as my mom says.  He loves anything with wheels and makes a funny face or says ‘that’s for girls!’ when he sees a pink toy or doll.  He loves jumping in mud puddles and doing mischievous things.  He loves to test his (and Mommy’s) limits.  Jumping off things and touching things he’s not supposed to… he’s always keeping me on my toes.  But most of the time, Avery loves being a ‘Big Helper’ and talks about doing things that make him grow into a ‘Big Boy.’ Avery is hilarious – the conversations we have are so random, yet insightful.  This morning at the breakfast bar, “Mommy, where does wood come from?”  I proceed to explain to him… then he asks “Mommy, where do turkeys come from?” And then his memory… this kid has the best memory!  We’ll be doing something and he’ll say ‘We did this last morning with Grampy…” and he’ll be recalling doing something simlar from a year ago.  Or I’ll tell him something like how to put on his boots on the right feet, and he’ll repeat, verbatim, the exact words I used months ago to explain it. 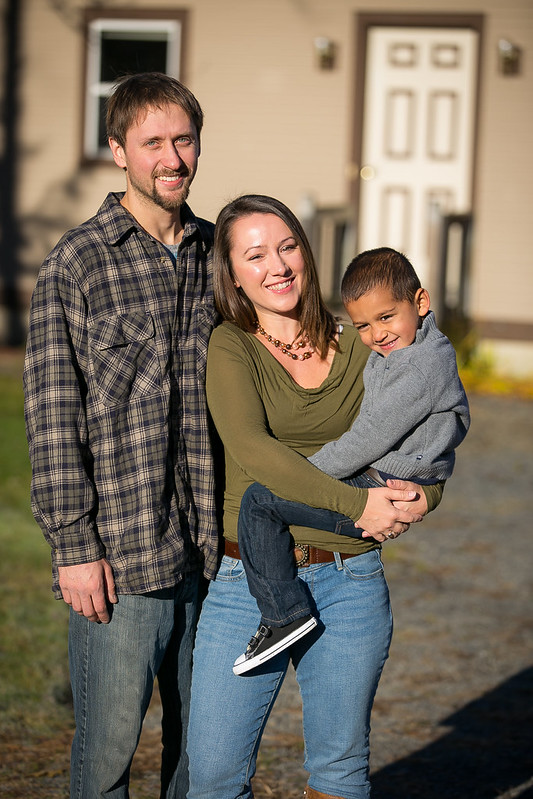 We have fun on weekend outtings, going grocery shopping, visiting grandparents, going to the library and Echo Aquiarium.  Last weekend we spent 2 hours playing board and card games with my grandma… so much fun!  And Avery loves visiting my Nana and Papas – it’s always interesting… we throw rocks in the river or Papa gives him a ride on his tractor.  Avery loves animals, so visiting the aquarium is a thrill.  He goes around TWICE during a visit, having to see each turtle, fish, frog, and snake a second time before we leave!  And shopping with Avery is usually quite fun.  We have our difficult days, but most of the time he’s a big helper.  Our grocery store has tiny shopping karts his size, so he pushes it and carries all our groceries and loves being a ‘Big Helper.’ 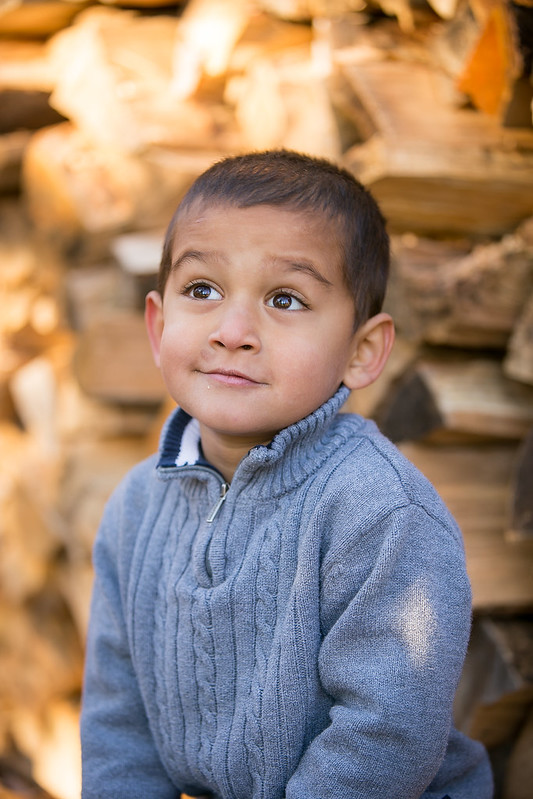 We’re having fun enjoying year four together… there are good days and difficult days, and some pretty awesome days.  Last night we made thanksgiving turkeys together with the things we are thankful for and it was sweet and funny, all the things he was thankful for… His new Room, His new Dog, and of coarse his Ninja Turtle Bath Towel Steve got him… he’s got his priorities straight 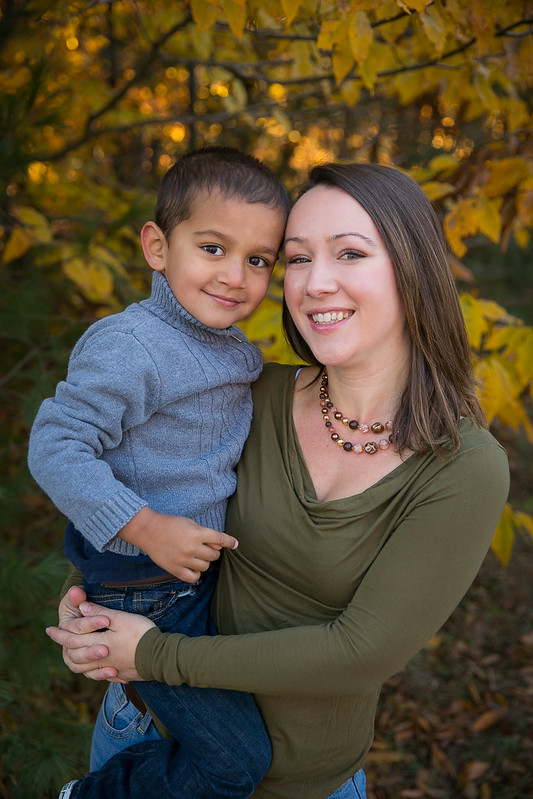 And as you can see, with the limited blog posts, we’ve been super busy… its hard to get online and write something when I’d much rather be playing with this goofball!  And when he’s asleep, I’m exhausted from working long days and keeping up with our house that I would much rather sit by the fire with Steve, read a book in bed, or play a game of Pool with Steve – I’ll try to keep up with it though and squeeze in time to share pictures and adventures of year 4 with Avery. 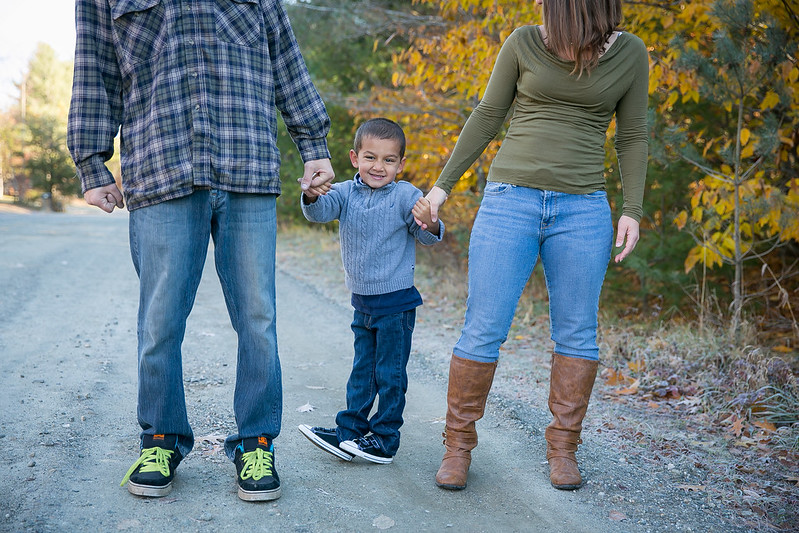 There’s so much fun coming in the upcoming year… We’re working on GIVING gifts this holiday season, Buddy the Elf will soon return and cause mischief, Avery will be taking swimming lessons in the new year, we’ll enjoy the snow (which has already started coming down today!) and Avery can get back on his skates, and much much more…

Special Thanks and Photo Credit to The Photo Foundry!