We closed off the summer with one final camping trip to Little River State Park on Labor Day weekend. This campground we used to visit every year when I was growing up. It was nice to see it again and relish in all the memories we made and watch Avery play where I was years ago.  Mind you, years ago we were in tents and really roughed it.  Now, we get to enjoy Mimi and Grampy’s pop up camper. 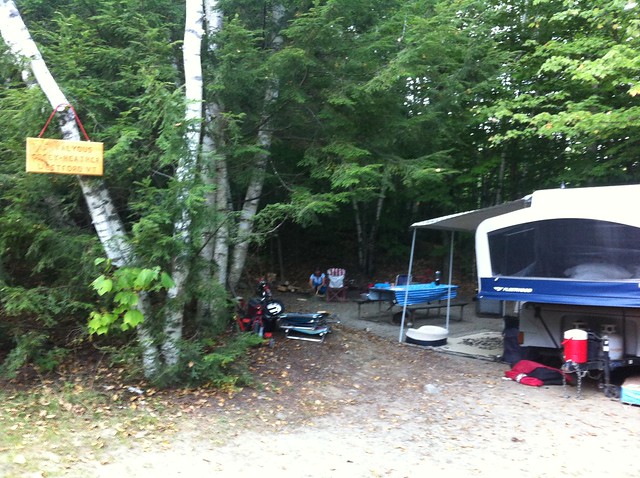 Avery loved playing in the paths in the woods around the campsite, visiting the neighbors, and he really liked making a fire every night.  He picked pine cones and leaves to help start it too. (he’s holding a strainer full of pinecones 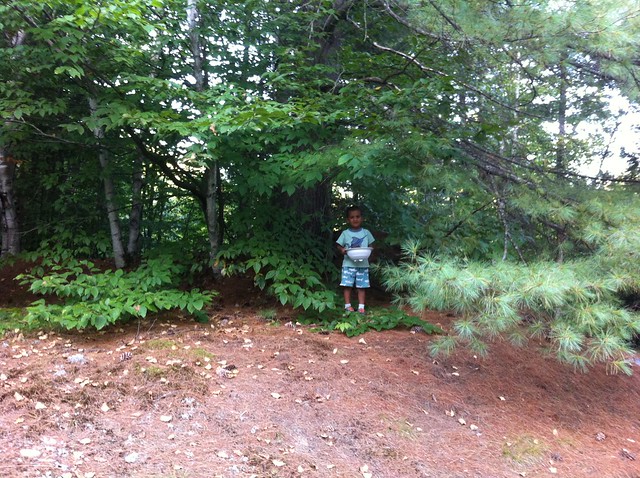 He helped stack the kindling and most of all, enjoyed roasting marshmallows on the fire! 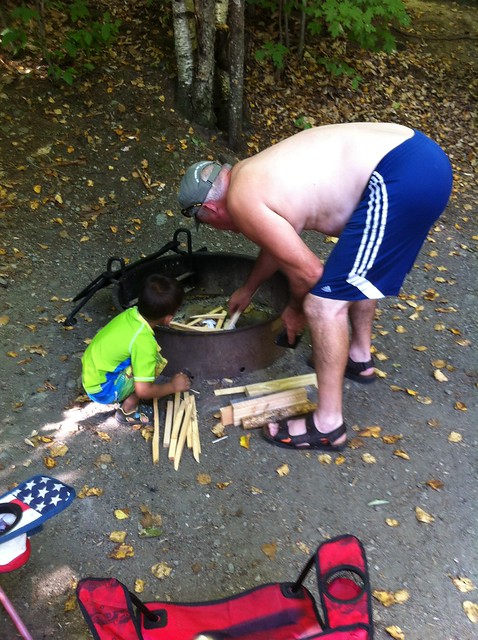 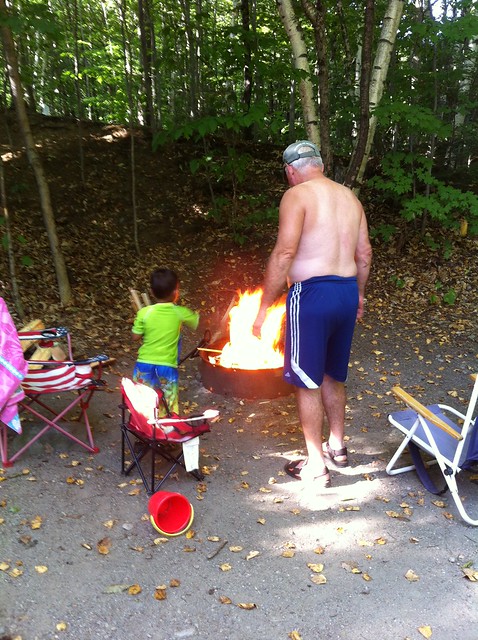 We spent some time on the hammock, relaxing… 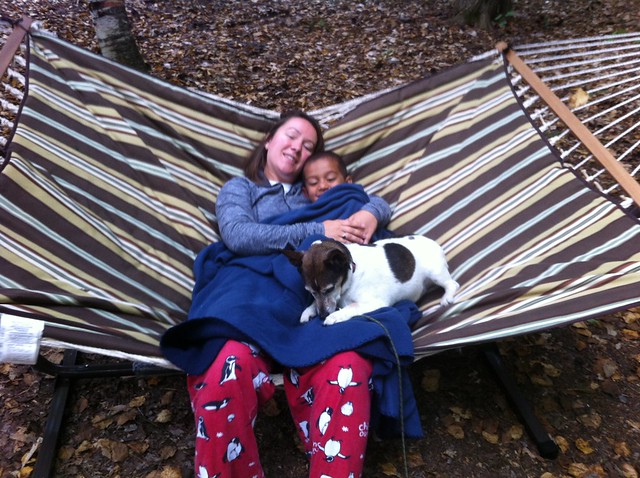 Well, until Avery and Grampy invented a fishing game from the hammock that entertained us all throughout the weekend…. 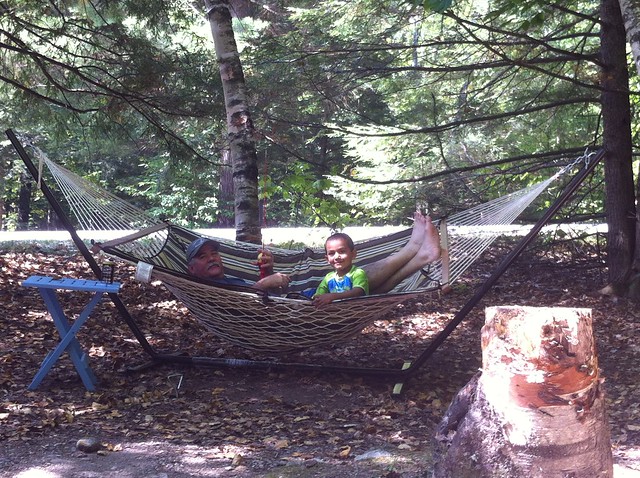 They would sit in the hammock while Mimi and I played cards and they would FISH.  It started with Avery practicing casting, but he quickly mastered that and then became a game of, let’s cast over a tree branch and dangle the bobber over Mommy and Mimi’s heads and tell them to get it. 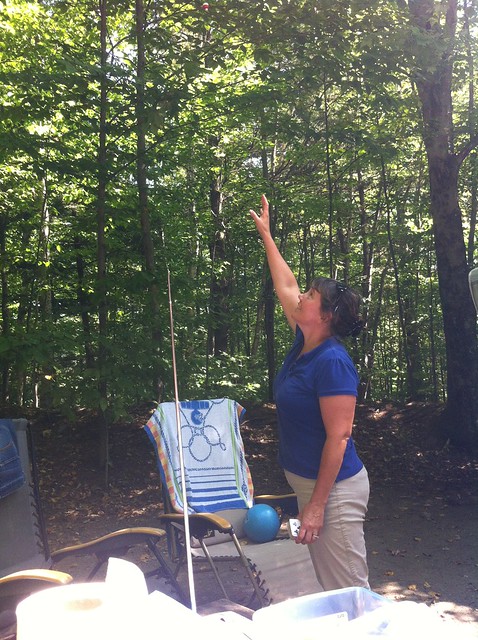 And so we would reach for it, and they would reel it in.  We would sit back down, and they would drop it down again.  Get it?  It was way too entertaining….especially when it would get caught.  Then Grampy tied a rock to a rope to pull the tree branches down.  After doing that a handful of times he was referring to the rock as his friend and we almost brought it home with us because it and Grampy got so close. 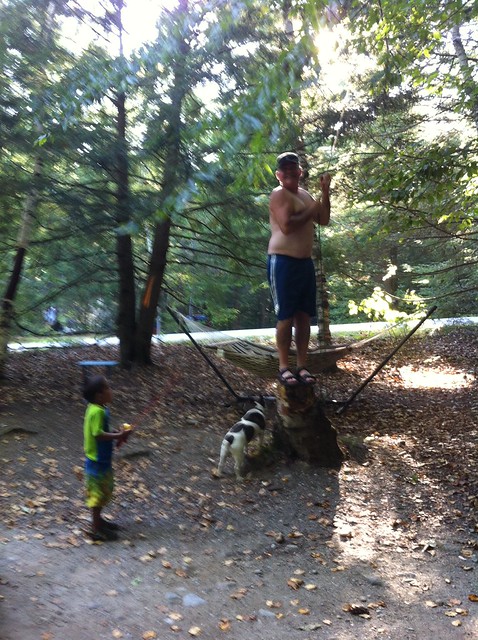 I even tried climbing up to get one… but no luck.  The rock friend had to help us. 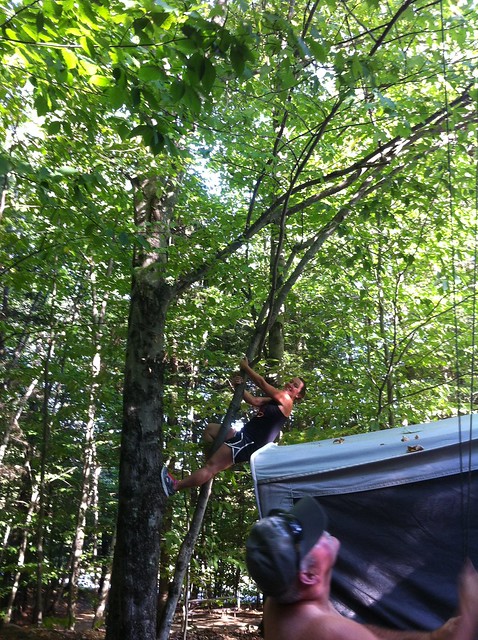 We went kayaking one morning and saw some blue herins, but no turtles.  Steve and Grampy and I went out fishing on Steve’s boat and caught a lot of rock fish, and a few picture worthy catches… 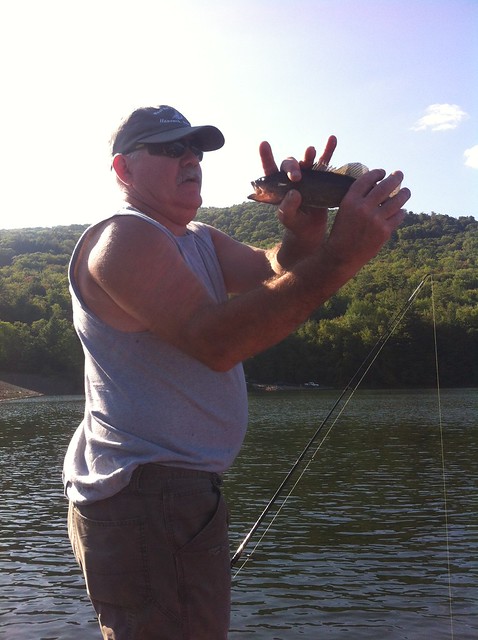 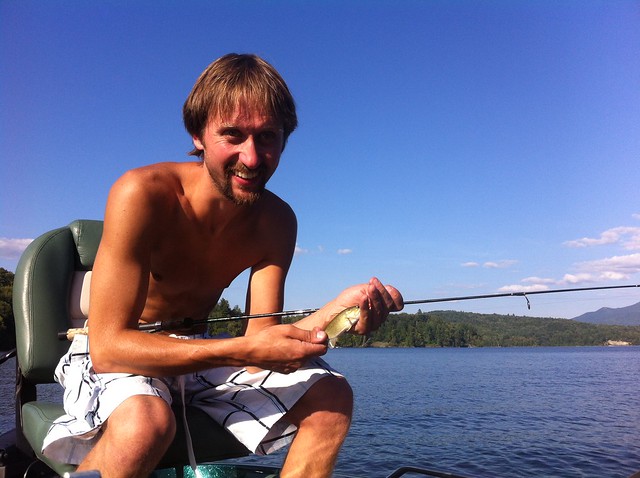 We did a lot for a three day weekend!!!  We took the dogs for walks and hikes in the woods and played lots of games. Our favorite game to play was to make a scavenger hunt around the campsite with a treasure at the end!  When we came back from fishing, Mimi and Avery had written us clues to a scavenger hunt and there were prizes at the end.  I made a couple for Avery after that – he loved them! We spent an entire afternoon on the beach too. 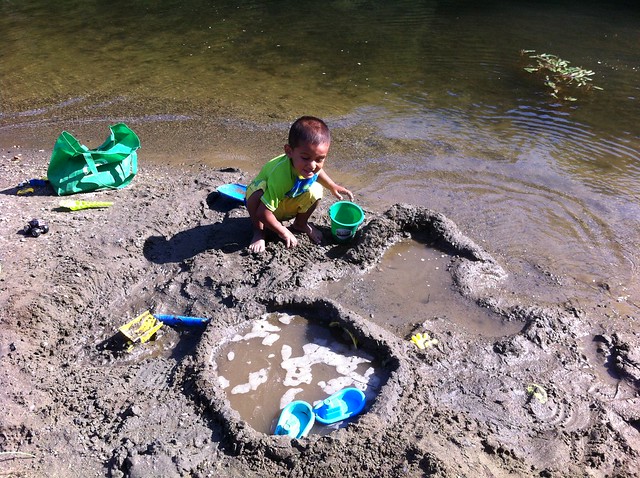 Avery shared his beach toys with other kids – we built ponds and raced boats down rivers we made.  Avery also caught lots of minnows with friends using nets we brought. 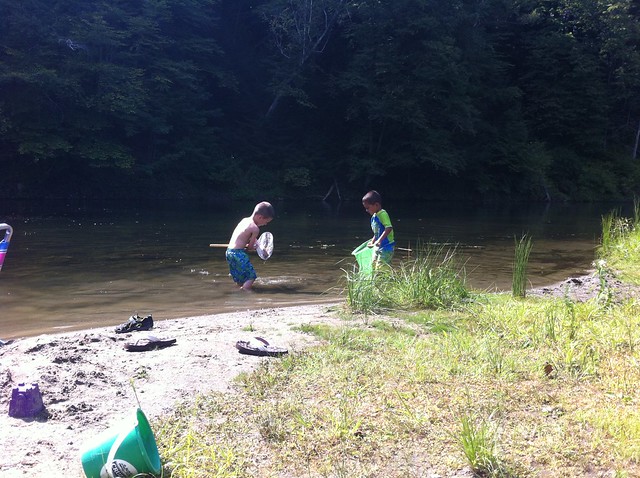 Avery had lots of fun!! 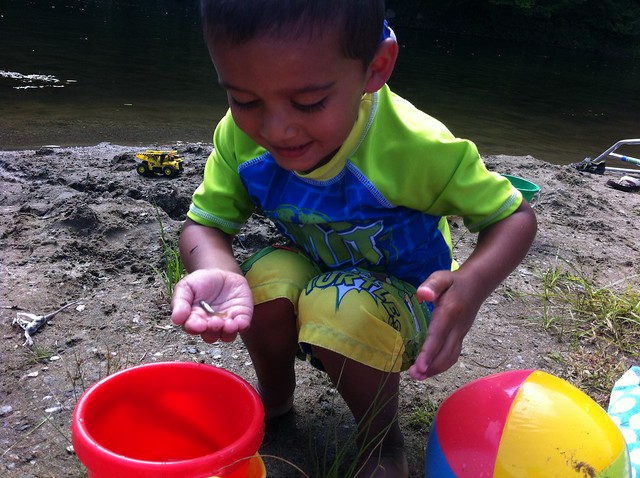 It was a nice end to the camping season… 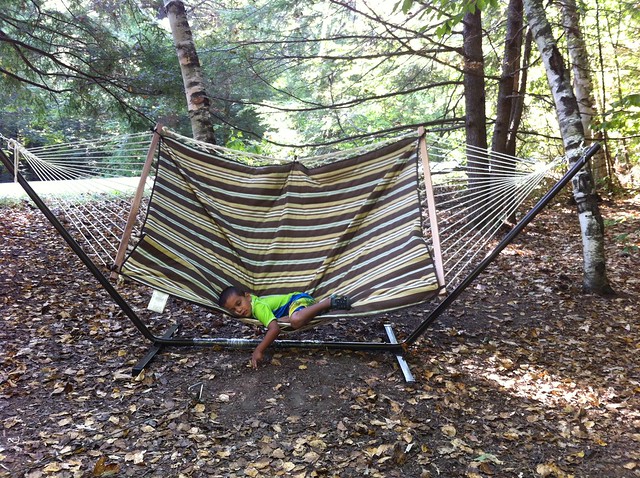 We still had warm weather the past few weeks but it looks like fall is finally coming.  We’re getting ready for Avery’s big birthday party this coming weekend… he’s turning FOUR!!!